The roses that are tops in my book are vigorous, disease-resistant, and sport plenty of scented blossoms. (I don’t think I’ve ever recommended an unscented rose – there’s just something wrong with that.) Also to be commended are hardy roses that will take winter’s cold, and disease-resistant roses that don’t need much spraying. Here are a few good, no-nonsense roses that can take the worst of what nature dishes out and still look amazing.

Do remember that all my recommendations are suitable for Zones 5-6. If you are farther afield, or overseas, you might ask a local rosarian for recommendations that are better suited to your climate.

‘Carefree Beauty’ (above), bred in 1977, is one of the earliest roses to bloom in spring. It sports a cloud of large, rumpled, bright pink blossoms through most of the season. This rose is a solid performer through times of drought and is resistant to blackspot and powdery mildew. In the fall, after you stop deadheading the rose, you will be rewarded with large, orange hips. (On the rose, not on your body.) ‘Carefree Beauty’ grows about 5 feet tall and wide.

The rose pictured above, ‘Blanc Double de Coubert’ (say: koo-BEAR), 1892, is a rugosa rose. Rugosas are descended from Rosa rugosa, a hardy species rose native to China, Korea, and Japan. Rugosas are tough, able to grow in sand, and can withstand salty sea winds that burn other plants. ‘Blanc’ grows to about 3 feet tall and covers itself with white blossoms that have a clove-like scent. The thorns on this rose are abundant and sharp. One drawback to ‘Blanc’: It wants to rule the world, and will sucker freely – that is, its roots will send up a lot of shoots. If you don’t keep these suckers under control, your yard may become one big ‘Blanc’. Simply mowing them down should do the trick.

‘Hansa,’ 1905, another rugosa, has deep crimson-purple flowers with a delicious scent. It grows about four feet tall and makes a delightful addition to the garden. Both of these rugosa roses make good hedges, which is why rugosas are sometimes called “hedge roses.”

‘Therese Bugnet’ (above), 1941, is pronounced boozh-NAY, not bug-net. Therese is hardy to Zone 3, so she won’t need a lot of winter protection. She is also an early bloomer, covering herself in frothy pink roses in May. ‘Therese’ grows 5 to 6 feet tall and has red stems that offer some winter color. However, she is susceptible to powdery mildew, a fungus that turns the leaves a powdery white color.
‘William Baffin’ (1983) is one of the roses from the Canadian Explorers series, bred to withstand winters in Ottawa (Zone 3), so you can bet our paltry winters will be no trouble for it. The roses in the Canadian Explorers series are named for explorers that forged their way into lands where Native Americans and First Nations had lived for thousands of years, explorers that claimed they’d discovered these lands before stealing them away. Well, it’s true. Colonialism aside, the Explorer series are all tough, rugged roses that will take extremely cold conditions with no problem.

My ‘William Baffin’ (I call him Billy) didn’t bloom the first two years, which had me worried. On the third year, however, he covered himself with buds which opened into strawberry-pink blossoms with a few white lines up the center of the petals, and gold stamens in the center of the flower. Vigorous is a mild word for ‘William Baffin.’ The canes are tall and thick. If you want to prune the rose, bring the tree loppers – heck, bring a tree saw or a chainsaw! Your hand-held pruners won’t be big enough for some of these canes even after only a few years in the ground. His thorns will grab you, however careful you are. The rose is quite disease-resistant, always a plus.

I’m not a fan of hybrid teas, which are wimpy in winter and often have unscented blossoms. When I was horticulturing all over the city, I absolutely required my roses to be tough, non-nonsense plants that could take care of themselves, so I mostly rejected hybrid teas. That said, I did plant several hybrid roses because of their lovely fragrance, and they hold up very well in a rose garden with a minimum of fussbudgeting. ‘Tiffany’ has pink blossoms with yellow in their centers, and a gorgeous smell.

‘Double Delight’ (above), with creamy red and white blossoms, just about knocks you down with its scent. I would stick my nose in this rose at every opportunity. I also like the tall and stately ‘Mr. Lincoln’ (bright red) and ‘Angel Face’ (ruffled, purple blossoms – and it’s not a dog as so many “blue” roses are).

Some of my favorite roses are the antique roses that bloom once a year. That’s not so bad. Lilacs bloom once a year, too, but we don’t kick them out of the garden for it. The old roses cover themselves with blossoms that smell heavenly. Get ‘Autumn Damask’ (which has been grown since the poet Virgil was alive), ‘Roseraie de L’Hay’, ‘Madame Isaac Pereire’ (she gets a little blackspot and mildew – but her flowers more than make up for it in fragrance), ‘Madame Pierre Oger’, and ‘Paul Neyron’ (raspberry pink, fragrant blossoms that get huge).

So many other roses deserve mention. ‘The Fairy’ is a Polyantha rose that covers herself with tiny pink blossoms. Many of the roses developed by David Austin – which include ‘Graham Thomas’ and ‘Gertrude Jekyll’ – are lovely roses, but they don’t seem to do as well in the Midwest as these other roses. Somebody once stated that there’s no runway between the British Isles and America. That is, a rose that does well in England or Wales might not grow worth a nickel in America, and vice versa.

For best results, visit local rose gardens and talk with rosarians about what they like best. Often they’ll suggest a rose variety that will surprise and delight you.

For great overall rose advice, a list of 50 of the best easy-growing roses, and a ton of mouth-watering rose pictures, pick up a copy of The Rose Bible by the late Rayford Clayton Reddell. His books are all out of print (a travesty!), but you can still get used copies online. I used this book when I was replacing the dead roses at Krug Park, and every rose listed in Reddell’s top 50 turned out to be a winner in the garden.

Rose to the Occasion: An Easy-Growing Guide to Rose Gardening 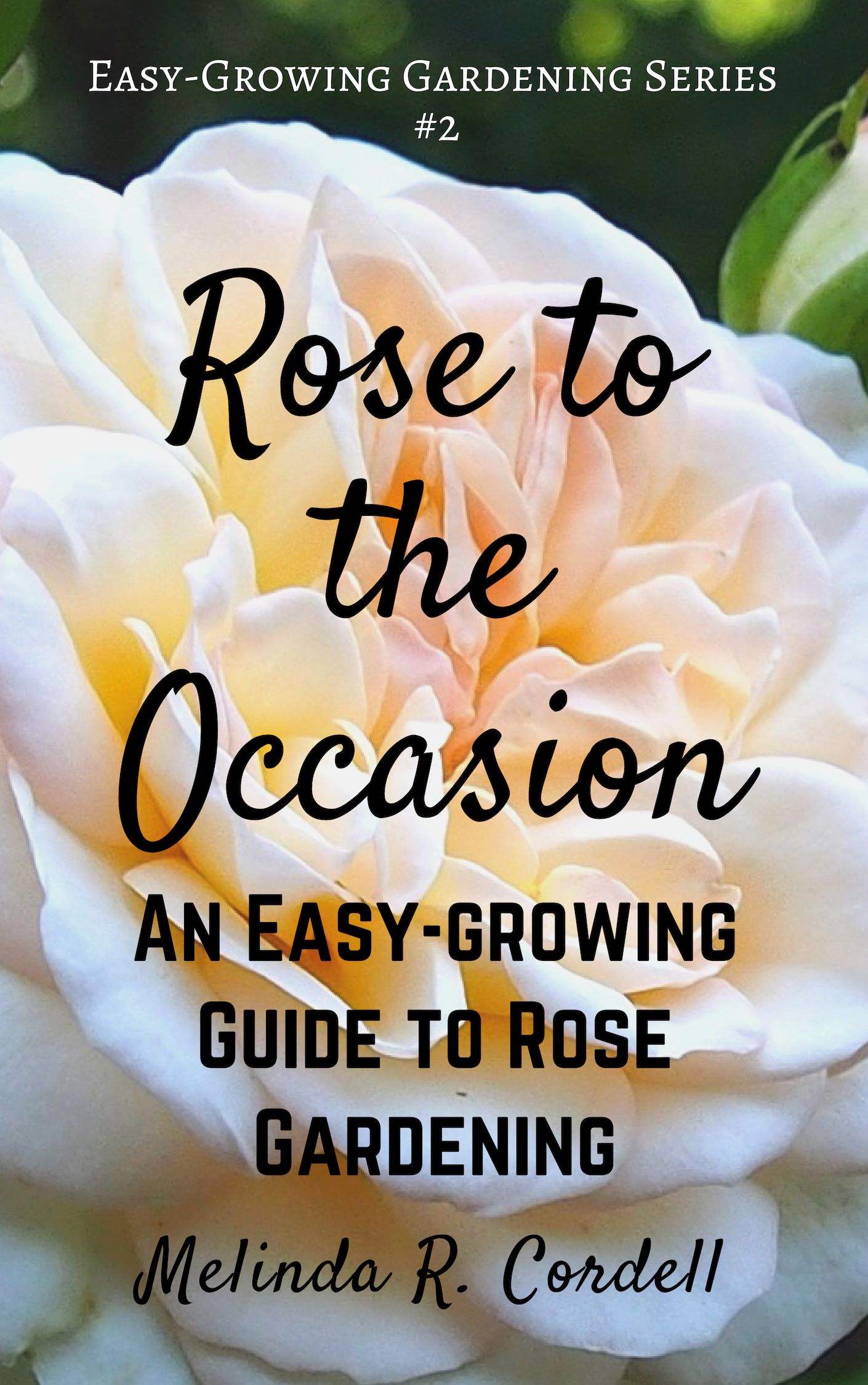