One of the most important things a gardener can do is to build up the soil in her garden. But keep in mind that soil-building is not a one-time operation – it’s a process. As humus is devoured by microorganisms, worms, and plants, more organic material must constantly be added in order to keep the soil biomass, and thereby the plants, well-fed and happy. Also, humus makes the soil porous and fluffy, builds a strong soil structure, and releases nutrients in a form that’s easily absorbed by plant roots.

Chemical fertilizers will not add humus to the soil. These are merely nutritional supplements; plants and their soil need real food – organic material.

But so much good organic material never makes it back into the soil. Leaves, grass clippings, and yard waste ends up choking our landfills instead of nourishing the ground. This is wrong.

Mulch the world!
I have a fairly simple way to deal with weeds: mulch. I like to take newspapers, ten pages at a time, and lay them over the garden, making sure there’s enough overlap between each section so light won’t get down to the soil. Then I throw straw, grass clippings, leafmould, or whatever on top to make it all tidy and neat.

The neat thing with the newspapers is that you can get a ton of them for your purposes for free, simply by asking your neighbors or by picking them up at the local library. Also, you can lay these newspapers right over the weeds and you never hear another peep out of them for the rest of the year. Even when you have tall grass or weeds up to a foot tall, stomp them down, or mow them, before putting the newspapers on top. They get smothered right out.

The newspapers will also break down and add valuable organic material to the soil. You can lay your tomatoes right on top. You won’t have to wipe the dirt off your low-hanging fruits any more. Nice, huh?

Use those leaves!
Next, use leaves and excess grass clippings in the garden. Fifteen big bags of leaves, when chewed up by a lawnmower, turn into an inch of mulch on a 15 by 25’ garden. (The job took about 30 or 45 minutes.) I did that last fall; this spring, I’m finding worm castings all over!

Pour the leaves out on your garden, mow them into little pieces, and till them under. Or just leave them on top of the soil and don’t bother tilling. With mulch, you don’t have to worry about your garden drying out – or weeds coming up.

If you don’t have leaves, take a trip to the local landfill and get some. There’s usually a separate area for yard waste, and there the leaves are free for the taking. (Be careful with grass clippings, because they sometimes contain herbicides.) Or grab bags of leaves off the curb before the garbage truck arrives. Or get them from your neighbors; they’re always glad to have them taken off their hands.

Earthworms = earth movers
The more I read about earthworms and observe them, the more I am convinced that these creatures are a blessing to the soil. They bring up valuable nutrients from the subsoil, their castings are among the best plant food, their tunnels bring air (which is rich in nitrogen) into the ground. Plant roots even seek out earthworm burrows for the nutrients they contain.

Nightcrawlers are best for this work. The red worms, or red wrigglers, prefer to live in compost and leafmould; they’re good for mixing up cool compost piles but will not dig very far into the soil. Nightcrawlers will dig burrows deep into the ground, which is what you want.

After it rains, pick earthworms off the sidewalks to put in the garden. Or, go to the bait shop and get them there. See if they’ll throw in some egg cases with your worm purchase, because if all the worms don’t survive, the egg cases will. Dump a couple of worms out in various places around the garden and cover them with a little soil so they can get underground before the sun and wind dries them out. They generally will get underground within the hour, even on really cold days.

I generally put worms out in the garden every spring. Twelve to 24 worms would probably be good for a small garden, twice that for big gardens.

Green manures
Green manures such as buckwheat, clovers, lespedeza, or oats can be grown between rows, under tall plants, or at season’s end all over the garden. In any case, they’re tilled under three weeks before a new crop is seeded to allow them to decompose. It’s a valuable way to get fast organic material.

Use green manures fill in where a crop has just finished. For example, once the spinach is all picked, throw down some rye seeds or white clover to fill the area in until next spring. Chickpeas make a nice cover crop, and they’re edible, and they add much-needed nitrogen to the soil. Daikon radishes are good, too.

Grow legumes as an understory to your hungry corn crop. Leave enough space between the corn rows in order to run a lawnmower between the rows. This will keep the cover crop nice, neat, and low, and the clippings will provide lots of nitrogen-rich mulch for the rest of the garden.

Alfalfa is great for walkways because its clippings, as they break down, release a chemical called triacontanol that acts as a growth stimulant to plants. A small amount of alfalfa clippings can increase vegetable yields by 30 to 60 percent. And those alfalfa roots go deep into the subsoil, pulling up nutrients from deep underground, breaking up soil, and fixing nitrogen.

If you don’t want to plant alfalfa, but you want its benefits, you can purchase alfalfa meal at feed stores or order it online. Scatter it over the soil according to package directions to improve growth. Don’t spread it too heavily because it will mat and shed water.

Compost
Compost is a fine way to recycle kitchen and garden scraps into fertilizer. And it’s earthworm heaven.

Kitchen scraps that are good for compost include such things as fruit and vegetable remains, eggshells, and bread. It’s not a good idea to put meat products or leftover milk products in a compost pile (unless it’s a very hot pile) due to the possiblities of it attracting dogs and cats. Also it could smell bad. However, if you’ve been fishing, you can bury the fish bits in the soil. Fish bits are high in nitrogen, and they will make your corn plants love you.

I generally throw my compostables onto the garden during the winter, and put them on the compost pile during the rest of the year. I’ve heard that compostables on the ground attract mice. But in deep winter they’ll also attract songbirds, which is nice. (It’s always fun to throw popcorn out to see what kinds of birds I get.)

Some people also dig small holes into particularly infertile areas of the garden, drop compostables into it until it’s nearly full, then close it up and start a new one. This doesn’t work so well in desert soils – produce buried in sandy soils has been dug up a month later, looking just as fresh as it did when it had been buried.

My soil is evil!
Sometimes you get soil that has basically been created by Satan. Examples of evil soil include subdivision soil – that pasty clay that’s created by heavy equipment churning up soil, wet or dry, and compacting it into concrete. Or you have desert asphalt, or fragipan, or stuff you have to take a jackhammer to.

Raised beds are always a good idea here. Lay a thick layer of newspapers over the ground, make an enclosure, then it fill up with compost, rotted manure, and topsoil brought in from elsewhere. Go heavy on the compost! Grow a hedge of deep-rooted legumes around the outside of the enclosure, and underplant tall vegetables (like corn) with small legumes such as white clover. Release nightcrawlers into the soil. This will give you a place to plant while you wait for the compost and the earthworms to do their work on the soil underneath.

Every year, try to mix the good soil in just a little bit more, by double digging, or, if that’s not working, even by moving aside the top layer of the soil and working a garden fork into the bad soil to aerate it. Keep laying down the organic material, though. Here, more than anything else, soilbuilding is a process. It will take several years of hard work to bring a dead soil back to life, so be patient.

But a living soil is the best soil for all. So keep at it.

So, keep adding humus in every way, shape, and form you can think of to keep the garden happy and to keep the soil biomass active. This will make an incredible difference in your garden – one you’ll definitely love. 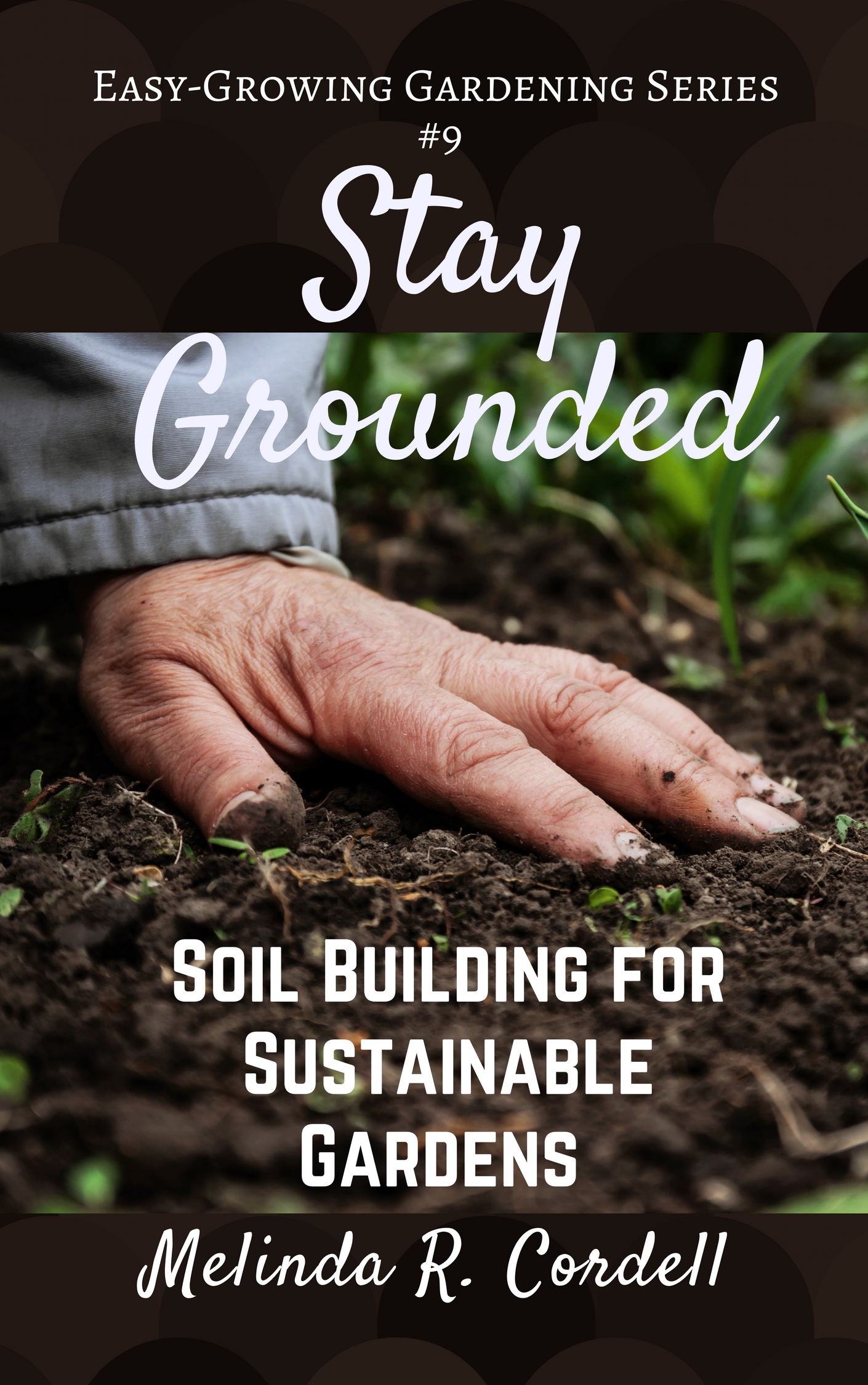