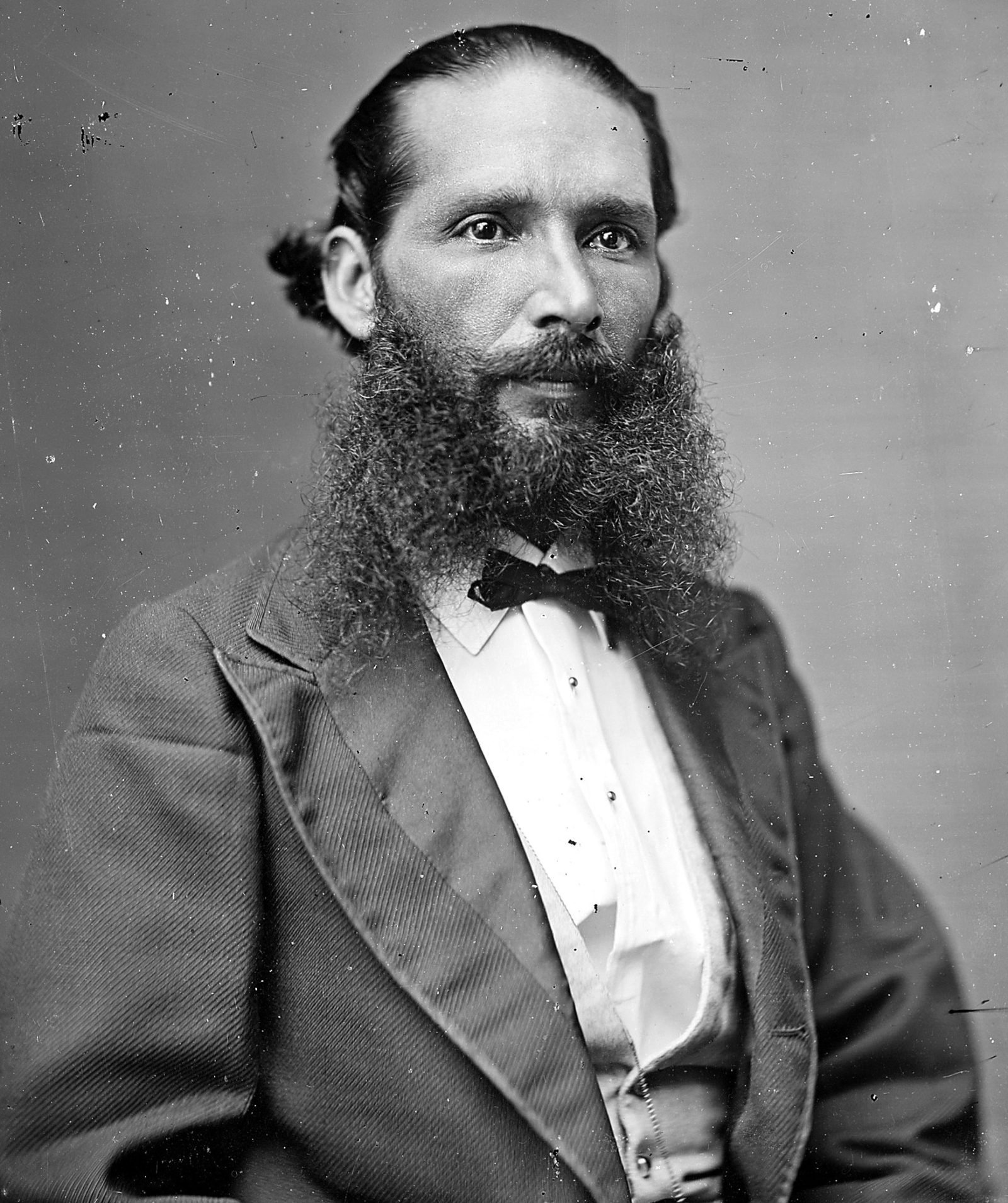 While I was writing Courageous Women of the Civil War, I kept running across all these Civil War generals that had the damndest facial hair you ever saw. I mean it wasn’t like the 2014 Royals where everybody suddenly sprouted beards and actually starting winning games. I mean ginormous beards, and intense sidewhiskers, and moustaches out to their shoulders, and of course Burnsides. I started posting beard pics on my Facebook account saying “Gentlemen. Accept this facial hair challenge” and folks would come over to gawk.

So! I gathered a truckload of pics off the National Archives (just do a search for General on the Civil War search page and you will get so many photos) and started sorting through them. There were so many. Really, I’m going to have to do another book, and I won’t even have scratched the surface.

Anyway, so I have a new book all about Civil War facial hair. And, so I wouldn’t seem like a total slacker, I added a few stories along the way about the men who wore the beards, sideburns, mustaches, whiskers, and neckbeards. That way, it’s not just a funny beard in a book, but it’s a cool beard that belongs to a fellow who has done pretty neat things. (Or, in a few cases, sordid things. But not many.)

I’m writing in a bit of a hurry because this time of year is overtime city and has been busy as heck. But I’m very pleased with this book. Really, I’m pleased with all my books, but I get such a kick out of this subject. I never used to like beards. I still prefer that my sweetheart shave his face. But if it’s somebody else’s beard, heck, it’s cool, fire away!

I only have the Kindle version available right now. I had a manuscript all formatted for the paperback edition, but for no reason the file decided to get corrupted, so I have to do the whole thing over. The way things have been, it’s going to be a little while before I can get it re-done, so be patient with me!