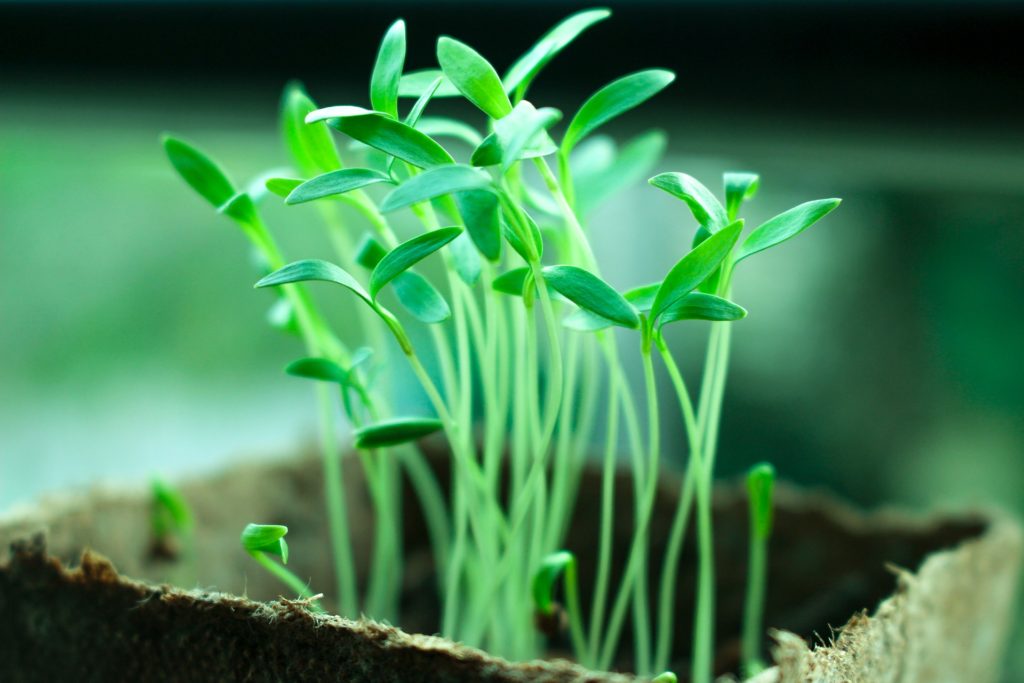 I got my seeds a month ago. They aren’t doing much in the bag, and it’s a little early to plant, but I just like to take them out and look at them. My daughter takes the bean seeds and goes around the house shaking them like maracas. I like to imagine what the garden might yield, though the little pessimist that lives in my mind keeps bringing to my daydreams images of blight and drought and cats leaving smelly presents in the mulch. And yet hope spring eternal.

Before you start your seeds, before you haul out the pots and the potting soil, take a moment to invest in a notebook. This notebook will be your best buddy through the whole process, recording things like seed-sowing dates, how well each batch of seeds germinated, seeding methods that worked (or didn’t), and things you plan to do differently next year. If you already have a gardening notebook, use that. Notebooks are so handy.

Then, get out a calendar and look at the seed packet or the catalog and find out how long it takes from the time you plant the seed until the day you can put the plant in the ground. Then look at the calendar and count backward from your last frost date. That will be the date when you should plant those particular seeds, more or less.

Seed germination rates and seedling growth will vary from greenhouse to greenhouse. Some greenhouses have more light or warmth, while others don’t. This will affect how soon your plants will be ready to go in spring. Sometimes the plants aren’t ready to plant in May simply because you didn’t get the seeds in early enough. By keeping track of your planting dates, you can readjust the “seed to finished product” time next year.

To start seedling flats, I use a sterile, seed-starting soilless mix that’s high in vermiculite – seeding mixes tend to be a light and fluffy compared to regular potting soils – and get a bunch of trays (or flats). I prefer to use those black trays you see in greenhouses, the ones holding the six-packs or four-packs of flowers – but they are pricey! Clay pots for starting seeds require more soil than necessary, especially if you’re going to end up transplanting the young plants into a different pot. Egg cartons are cheap and easy. Peat tablets (the ones that expand when you add water to them) are neat. If any of these methods work for you, then go for it. The rules you should follow are the rules that work best for you.

In my opinion, trays are the best for an operation where you need lots of plants and you need to work fast with them. Also, trays are easy to wash and store.

So, fill the tray about half-full of soilless mix and tamp it down to make a flat surface for the seeds. I used a small board, cut to fit the inside of the tray, to tamp the soil. If you don’t have a board, your hands work fine.

Sowing seeds both large and small

Scatter large seeds across the top and cover them with soil. The smallest seeds can be the cheapest, but they can also be tricky to handle. Alyssum, which has small, flat seeds, will blow away if you sneeze.

When I worked at the greenhouse with George Ferbert, he showed me a little trick when seeding flats: he’d add a little bit of sugar to the seeds before he sowed them. The sugar shows up against the black dirt so you can see where the seeds land. Lobelia seeds, however, are tinier than even the sugar crystals. When I add a little sugar to the cup of seeds to “see where they hit,” the sugar crystals stick out of the Lobelia seeds like boulders in sand.

But if you mix the tiny seeds with a half-teaspoon of sugar, that helps the seeds scatter out, it keeps them from clumping too much, and you can see where the seeds and sugar fall into the soil. You will have to keep mixing the sugar and seeds as you sow, because the two substances will not stay evenly mixed. Fine sand also works with tiny seeds. You can use this method whether you’re sowing the seeds scattershot or in neat rows.

If you prefer to plant seeds in rows, take a #2 pencil, dab it lightly into water and wipe it off, then touch the pencil to the seed to pick it up. Then you can use the pencil as your dibble – that is, use the pencil to make the hole and plant the seed.

Or, pour some of the seeds in one hand over your soil. With the other, dust them off your hand onto the soil. You should get good coverage this way, unless you have chapped skin or sweaty palms. Or just shake them carefully from the corner of the packet. Or take a pinch and sprinkle them around.

I think that the scattershot method of sowing works best in a greenhouse that needs to produce lots of plants – more plants per tray, less room taken up in the greenhouse, fewer trays to have to wash later. Either method is fine; it’s a free country.

Press the seeds into the soil (though watering them will do that for you), then cover the seeds with soil according to the package instructions. Nearly all the seeds will need soil on top. Seeds that need light to germinate will need just a sprinkling. Once they germinate, sprinkle enough soil over them to cover the roots.

Damping-off can be a real problem in a seeding operation. Damping-off is a fungal disease that causes seedlings to keel over right at the soil line. Fungus loves damp soils and humidity.

To keep from contending with damping-off disease, keep the air circulating around the seedlings, especially when you get a lot of cloudy days in a row. One year I had a lot of cloudy days, and the greenhouse was cool, so when I watered the trays the moisture would not evaporate out of the soil. The humidity in the greenhouse was super-high. Conditions were perfect for damping-off disease, and that’s what I got.

To protect against this, give the seedlings as much sun as possible, and keep a fan running over the trays to keep the air circulating. If you have damping-off, you may have to throw the infected tray out, because if you see the fungus in one part of the tray, the fungus has already infected the rest of the soil. If you want to try and salvage the remaining seedlings, sprinkle Actinovate, a fungicide, over the soil. Or use cinnamon, or finely ground sphagnum moss. (I just take dried sphagnum moss and rub it between my hands over the top of the seeding tray.) Also, spraying chamomile tea, using one tea bag in two cups water, works nicely (and it smells good). These methods change the pH of the soil’s surface, making it just acidic enough to discourage the fungus. A small change in pH is often enough to discourage fungus – a good rule to keep in mind when dealing with other kinds of fungus in the garden (blackspot, for instance).

Once the seedlings come up, turn the tray occasionally so the seedlings don’t all end up leaning hard to the right when you transplant them in the garden.

Don’t be cowed by all these guidelines. Not everything is going to come out perfectly. Gardening is a field that requires the cooperation of living things, and living things can be bullheaded and contrary. If you’re a gardener, you must be willing to wing it! You can always make adjustments next year.

Do you have some old seeds, and you’re not sure if they’re good or not? You can easily check their germination rate.

Take 10 seeds out of the packet as your sample. If you have a lot of seeds, 20 seeds will give you a more accurate sample. Get a damp paper towel – just moist, so it doesn’t promote bacterial or fungal growth – and lay the seeds in a row on it.

Then fold the paper towel over the seeds, put it in a plastic bag and write today’s date on it. (Leave the plastic bag open a tiny bit for air.) Then set it in a warm area for two to five days. Some seeds might take up to ten days to germinate. At any rate, once they all germinate, check them for fungal damage, and see how vigorous the new shoots are.

If the seed germination rate is less than 60 percent – that is, if fewer than 6 out of ten seeds germinate – then you might be better off getting a new packet of seeds. (Though you certainly could take them out and plant them with the new seeds – no point in wasting them!)