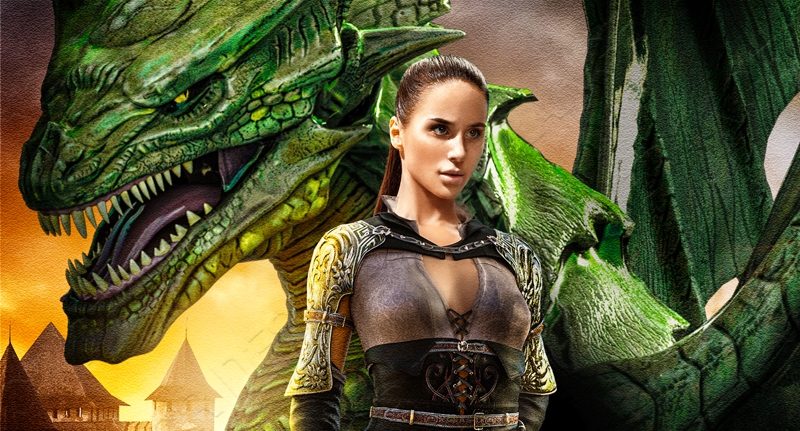 I’m wrapping up editing on the second book in the Dragonriders of Fiorenza series, Dragon’s Inferno. (Naturally I do recommend reading Assassin’s Blade, book 1, to know what’s going on in the series.) I always worry about posting excerpts from the second book because sometimes you get SPOILERS by accident, but I think we’re safe here.

This is later in the book, when our heroine, Fia, has disguised herself as a man in order to have a shot at getting into the biggest race of her lifetime.

Now that she’d secured the dragon-guard position, Fia’s ambition was off and running.
The next morning, Giova, the stabler, tied up a spell-caster that Fia had knocked down just a few minutes before.
“What if I flew your dragon in the race?” she asked.
“What if I turned you into a little stone statue and you never spoke again?” the stabler said, pulling the knots tight around the man’s wrists.
“Do you have that kind of power?” Fia asked, looking the stabler over.
“I wish to hell I did!”
“I have that kind of power,” the spell-caster informed them from where he lay on the ground, but they ignored him.
Fia raised her eyebrows at Giova. “You complained until you found out that I could do your sums for you. You complained until I stopped three men from cutting, poisoning, and casting spells on your dragon, respectively.”
“Pff!” Giova said as he creaked back to his feet. “He didn’t cast any spells on my dragon. His spells were no good.”
Fia grinned. “You didn’t know that until I knocked both his legs out from under him and slammed his head against the ground.”
“I’m a good spellcaster,” the immobilized man complained woefully from the ground.
Giova gazed down at the man. “Ah, thou that destroyest the temple, and buildest it in three days, save thyself, and come up from thy cross.”
“Blasphemer,” Fia said.
Giova waved a hand at the man. “Look at that spellcaster. He’s still laying there like a lump.”
“I’ll curse your supper,” the spellcaster informed him.
“And no, you can’t fly my dragon,” the stabler continued to Fia. “If you keep pestering me with these inane questions, I’ll have this man curse your supper, too.”
“I curse your soup, I curse your noodles, I curse every onion you eat.”
“How’d he know I eat onions?” asked Giova as the constable finally dragged the man away. “Maybe he is a soothsayer!”
“Anybody who breathes near you knows it,” Fia said, cleaning off her knife and sheathing it. “Let me fly your dragon.”
“No. And that man is not much of a soothsayer after all,” Giova grumped.