I’ve cracked 45,000 words in my Viking novel! I’m a little over halfway through. I hope to have this book finished in March and up for preorder about that same time. Then you’ll be hearing a lot more about it. Also I will have time to actually do more outside of the novel. Writing a novel during overtime season at work does not make for a good time! Somebody come over and clean my house! 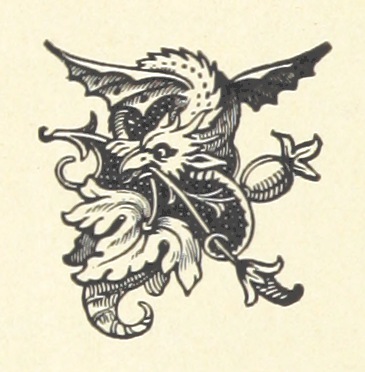 King Varinn’s army would be coming up the road soon – probably as soon as tomorrow morning – and then the battle would be long and bloody. They had to be ready.

A cold mist was falling; the fog had rolled in, and tiny snowflakes were falling from the mist. The world softened, vanished around her. She breathed deep of the misty air, smelling pine resin, soil, the cold smell of the sea.

Something moved in the fog ahead of her.

Dyrfinna stopped, squinting into the darkness. Yes, there was a dark shape, the soft sound of a footfall in the misty leaves on the ground.

Leaves? She looked down. Autumn leaves lay around her feet, though they were all green. But it was not autumn; it was May. And there had been no trees up here in the rocks, and certainly no leaves on the ground. There had not been any green leaves anywhere when she’d been directing the building of the fortifications.

She shook her head and breathed deep, wondering if she’d fallen asleep.

No, she was not asleep. A figure stood in the fog near her. Dyrfinna’s hand fell on her sword, prepared to draw, and she cast around her, checking to be sure nobody else was hiding in the fog to spring on her. Then she said in a low voice, “Who goes there?”

The fog uncurled from around the dark figure. Someone wearing a cloak with armor underneath. It looked like a woman, only this woman was very tall, towering over Dyrfinna. This woman held a spear that was taller than she, and Dyrfinna could see a shield on her other side.

The woman turned. A long, severe face. Dark, unknowable eyes. But her eyes were fixed on Dyrfinna as she turned. As if she knew her.

The woman wore white armor under the cloak, and the spear seemed to cast a faint glow now.

And as soon as Dyrfinna met them, her breath caught in her throat. She choked.

“Skuld,” Dyrfinna croaked, and went down hard on one knee.

And she jerked awake, heart pounding.

She was lying on the dirt next to the path with the rest of the fighters, wrapped in her sea-cloak. She didn’t even remember having laid down here.

She looked wildly around. But there were no green leaves on the ground. No fog, no mist, no snowflakes.

No Valkyrie. No Skuld.

But Skuld had looked at Dyrfinna. The Norn, the unknowable future, the destroyer of the threads of life. The Valkyrie who chose who died. 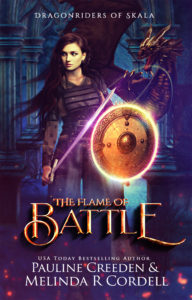