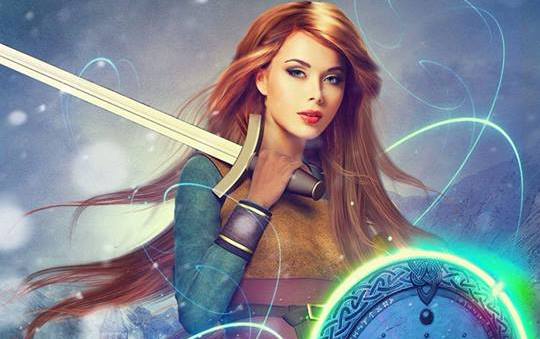 Today, at the behest of my co-author Pauline Creeden, I made this big change in both stories, taking out the cliffhanger ending in FLAME OF BATTLE and moving it all into FIRE OF ROSES. Now we have a nice resolution in Flame, and Roses isn’t all confusing.

But the big chunk of text that I put into Roses suddenly ballooned the word count from 49,000 to 56,000 words, which means that I’m suddenly 2/3 of the way through the story and I haven’t even set up the big endgame part of the story. Because if you follow that three-act story setup, this is the part where everything catches on fire and general hell breaks loose and you get zombies and whatnot.

So now I’m going back through the story and putting the whole first two parts in order and kicking stuff into motion so we can get on the endgame business.

On the other hand, this development pleases me very much because I had gotten mired down in the middle. The middle of the story is usually when the author gets stuck in a molasses spill and nothing works and everything sucks, and nothing is moving forward.

Well, adding that big exciting chunk of text to the story and suddenly experiencing that huge jump in word count has jarred everything loose and now I’m saying, “Hey, I can do this!” and now I’m all excited to be moving forward again.

Now if the house would clean itself, I’d be happy as a lark. Oh well, I’ll take what gains I can get.

Preorder THE FLAME OF BATTLE here! It’s on sale for $2.99 for the first few weeks, but will go up to $3.99 after that. There will also be a sneak peek of A FIRE OF ROSES in the back.