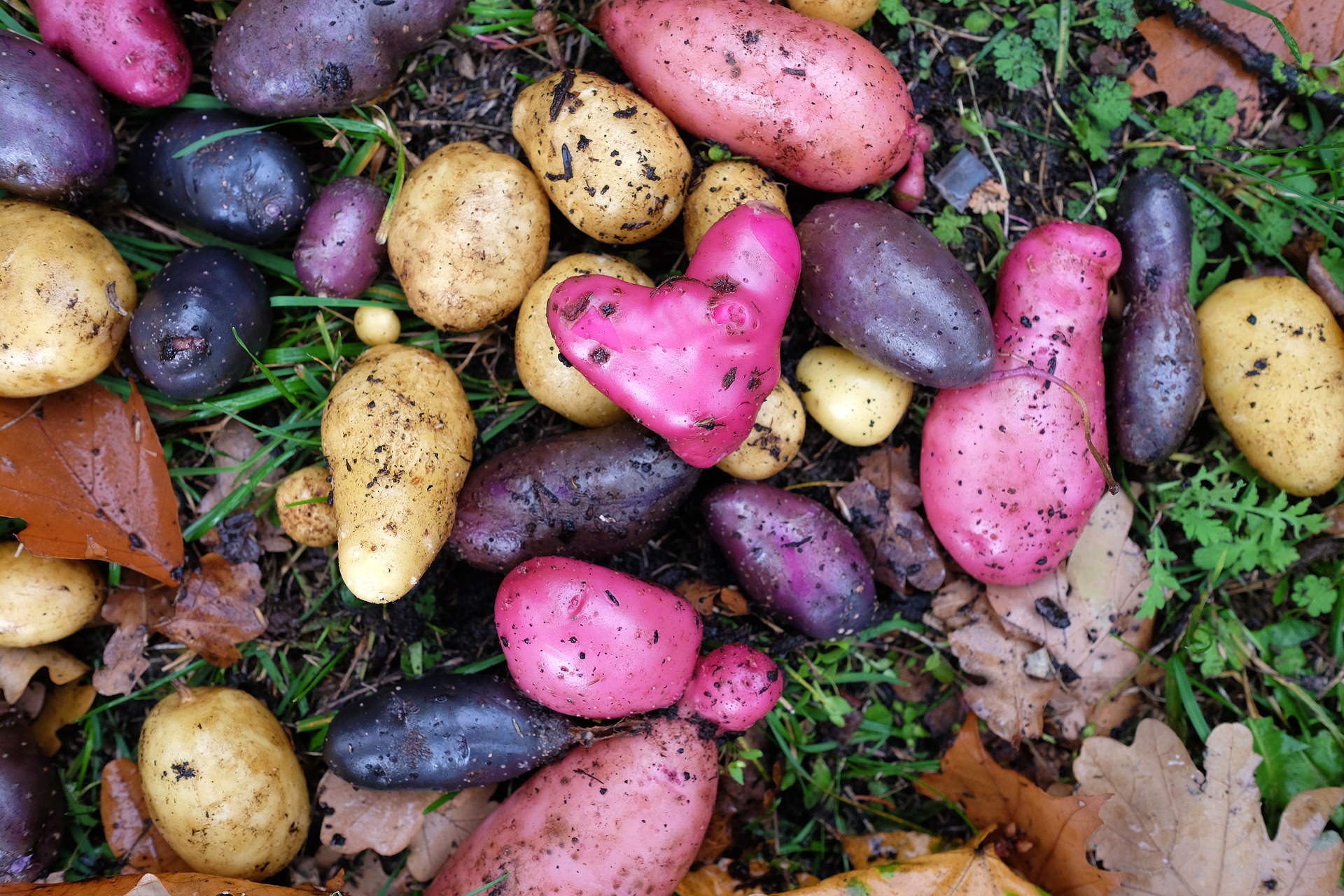 Early April is time to be thinking about the almighty potato. Consider what varieties of potatoes you want, as well as where and how you want to plant them.

The old saw, “Plant your potatoes on St. Patrick’s Day,” won’t work if the ground is wet or frozen. Better to wait for the soil to warm up.

There are a number of different potatoes available, such as Norland and Cobbler (with the earliest harvest dates); Viking, Pontiac, and Yukon Gold (with a mid-season harvest), as well as Kennebec and Mayfair (which round out the season).

Did you know that some heirloom varieties come in colors such as blue and violet? Blue potatoes include All Blue and Purple Peruvian. For ruby-red potatoes, get Red Thumb, Caribe, or Irish Treasure. Then you can make a patriotic potato salad. Most of these varieties can be ordered over the internet.

You can plant potatoes from the supermarket; however, these have been treated with a chemical to keep them from sprouting while they languish on the shelf. For best results, sprout before planting – that is, put them in a dark place for a little while until little buds or sprouts form on the eyes.

Cut the potatoes a day or two before planting, so the cuts will heal (below). This helps keep the potato from rotting in the cold, wet ground. Each potato chunk should have an eye or two. If the potato is egg-sized or smaller, plant it whole.

Choose a planting area with slightly acidic soil. Don’t plant them next to a gravel road, or in a place that has recently been limed. Alkaline soils cause a disease called “scab,” which creates rough spots on the potato. Keep the wood ashes away from the potatoes for the same reason – they are very alkaline.

Don’t plant potatoes in a place where you have already planted eggplant, peppers, other potatoes or tomatoes, since all of these plants are in the same family and share diseases such as blight. Diseases can linger in the soil from one year to the next.

Dig a six-inch-deep trench, put a little compost at the bottom, space the seed potatoes a foot apart, then cover them. Don’t worry about getting the exact spacing. In the good old days, Grandma would give us kids the sacks of cut-up potatoes. We dropped them into the trench as we walked, and someone else followed with a hoe and covered them. None of us carried a ruler. We harvested so many little red potatoes to mash up and eat with tons of butter and salt, and they all tasted great.

Keeping these rules of thumb in mind, 9 to 12 pounds of seed should plant about 100 feet of potatoes, if you drop them a foot apart. 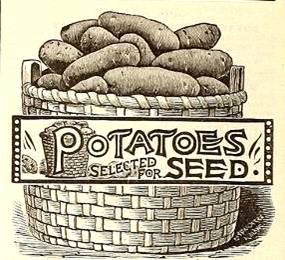 Once the potato vines grow four to six inches tall, start mounding the soil around them. As they grow, keep mounding the soil higher until you have a mound about 5 inches tall. Congratulations, you have created a potato hill, allowing your tubers to grow in darkness, protected from the light. (Light creates green areas on the potato, which are mildly poisonous – and they taste bitter.) Once they’re hilled, cover them with a nice mulch. This keeps the light off the potatoes, keeps in moisture, and keeps them cool.

If you have a lot of mulch at hand, you can plant potatoes above the ground in a 6- to 12-inch layer of hay, straw, or shredded leaves. An old bushel basket with the bottom busted out is great for keeping the mulch in one place. Add more mulch as the potatoes sprout. You may get up to 2 feet of mulch. Don’t worry, the plants won’t smother. When harvest time arrives, reach into the mulch and pull out the potatoes you need. Once the potatoes are harvested, spread out the mulch. Next year, you’ll have a lot of good, rich soil in its place. This method makes for quick planting and clean potatoes at harvest.

When the potato vines die, it’s time to harvest the mature spuds. Wait a week or two to harvest to allow the potato skins to toughen up, which makes them less vulnerable to bruising. Harvest on a dry day, wash the tubers off, and let them dry before you store them.

Then break out the sour cream and enjoy! 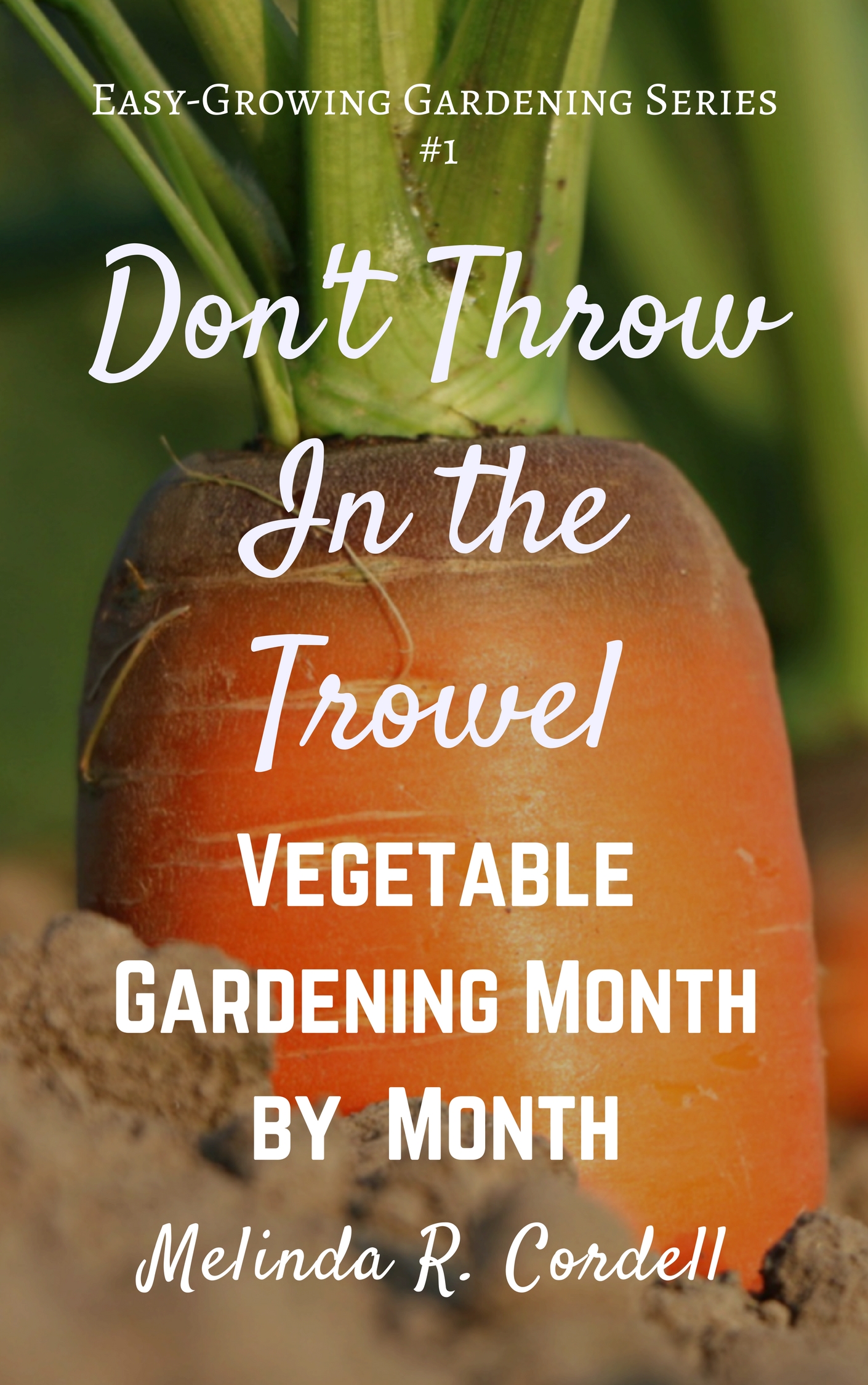