I’m going to just give you guys a detail of the book cover because I like to announce this stuff to my newsletter people first before I send it out to the rest of the world.

But here are the main characters of my upcoming PNR romance, In the Midnight Hour, Remy and Sarae. Remy’s owl, the great horned owl, is Hinto; the screech owl with Sarae is Zoe.

This is going to be a great cover, I’m telling you. The book’s not half-bad, either — but I’m just being modest because I’m the author. 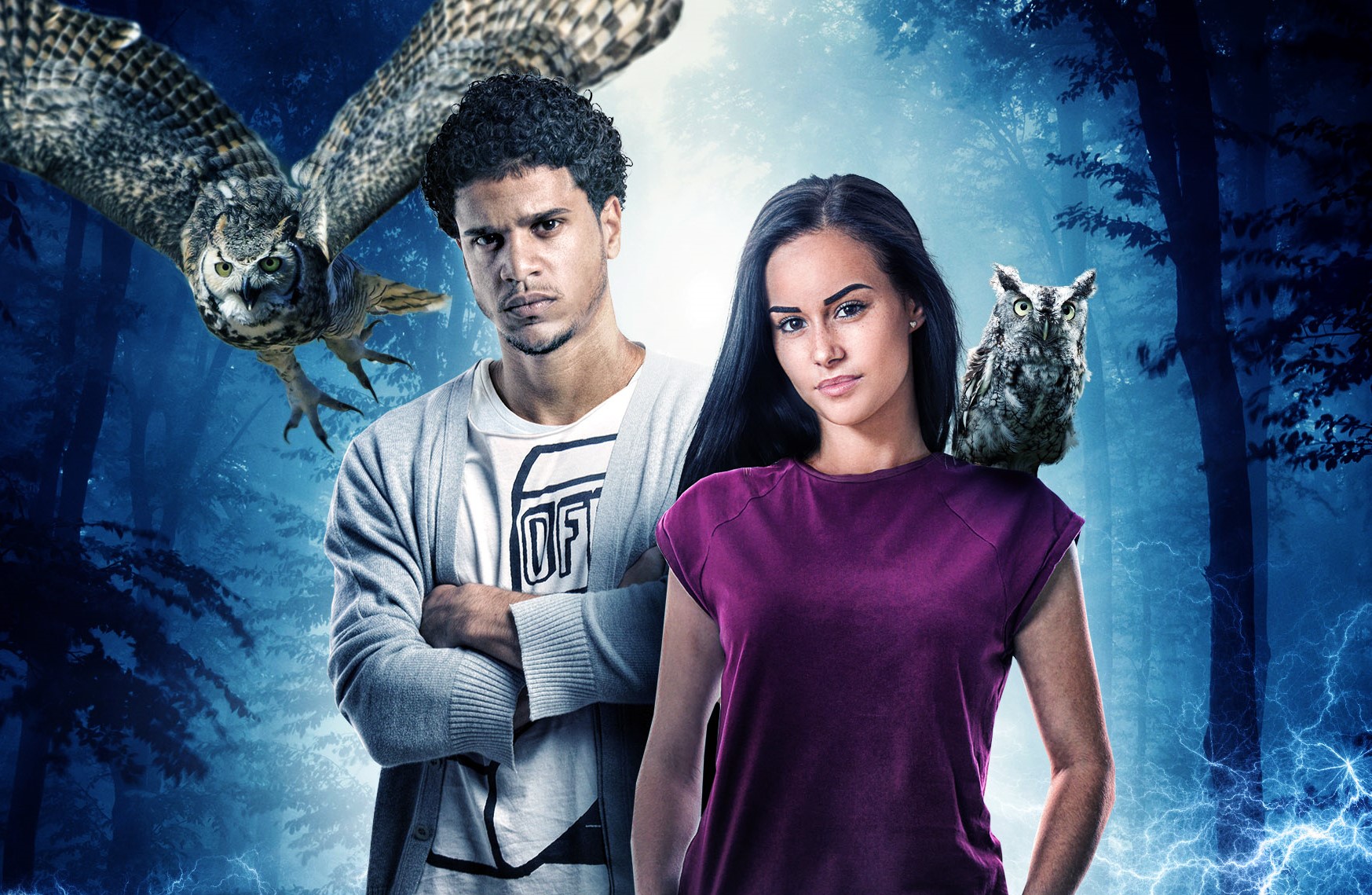 How about that! I really like the cover a lot. The folks at Deranged Doctor Design fixed this puppy up. And, what’s more, they are expedient. Can’t beat that.

Synopsis for In the Midnight Hour:

Remy is a fast-talking eccentric genius who solves mysteries with the help of the Trapped Dead, and he makes a great living at doing so … until one of his investigations gets too close to the wrong people. Sarae is still reeling from the loss of her whole family, but finds solace in freeing the Dead who are trapped on earth. She’s pretty sure she’s the only one on earth with this gift, until she meets Remy. Their meeting unlocks a new mystery involving some missing girls, and they’re forced to work together. They start to drive each other crazy — and that’s when the sparks fly. But they need to get a grip, because time is running out for the girls, and some creatures that rampage in the dark night forest are doing their best to kill them off.

In the Midnight Hour, the first book of the Owl-Bearer series, will be out here in a few months. I’ll put up the preorder link when I get it all set up.

The kicker is that this book is mostly done, but I want to get the second book in the series written before I get the first one set up. (It’s called Black Night is Falling.) BUT I’m also working on, like, two other books at this time, which I am also trying to get out of the way. (It’s a long story.)

However, one of those stories I’m working on is a little prequel featuring Sarae and her little owl Zoe called Bad Moon Rising. This prequel takes place after the death of Sarae’s family while she fights a really evil spirit. That story will appear in an anthology called The Witching Hour which comes out in September. More news on that soon.

I’m writing this book under a pen name, Katrina VanBuskirk, as it has some NSFW elements, so the pen name is to keep this book separate from my other books. Just so you know.

A little excerpt from In the Midnight Hour …

Something snagged Remy’s feet, God knows what, and he pitched forward down a very long hill through what felt like a thorn patch and dead leaves. He crashed into some puny trees – he only knew they were puny because they broke when he crashed into them – and finally came to a stop among the roots of some arboreal giant, where he lay dead.

He wasn’t actually dead but at the moment he felt dead. Close enough.

Sarae ran and slid down the hill to him. “Oh my god, we killed him.”

That sounds accurate, Remy thought, the world whirling around his head.

Sarae slid to his side and knelt down. “Oh, shit, I’m sorry.”

“You’re sorry? I’m sorry I ever came to this godforsaken goddamn place,” he said, laying his arm over his eyes. Okay, there at least was one part of him that wasn’t broken into pieces.

But now her hand was moving more slowly. Tenderly. She had such a small hand.

Remy took his arm from his eyes and looked at her now.

She’d laid her phone on his chest with its flashlight app still on, so it shot a beam of light up into the thick leaves of the forest canopy that arched high over their heads. Curiously, the effect reminded him something of an old cathedral back in Los Angeles. The smell of old, polished wood, the ceiling arching high overhead, and a marble angel leaning over him, offering him a blessing.

“I … didn’t mean to be so forward,” Sarae said softly.

And he took her hand in his.