You know those old penny dreadfuls, the Victorian potboilers they used to put out by the truckload during the turn of the century? I’m writing one. It’s kind of nuts. 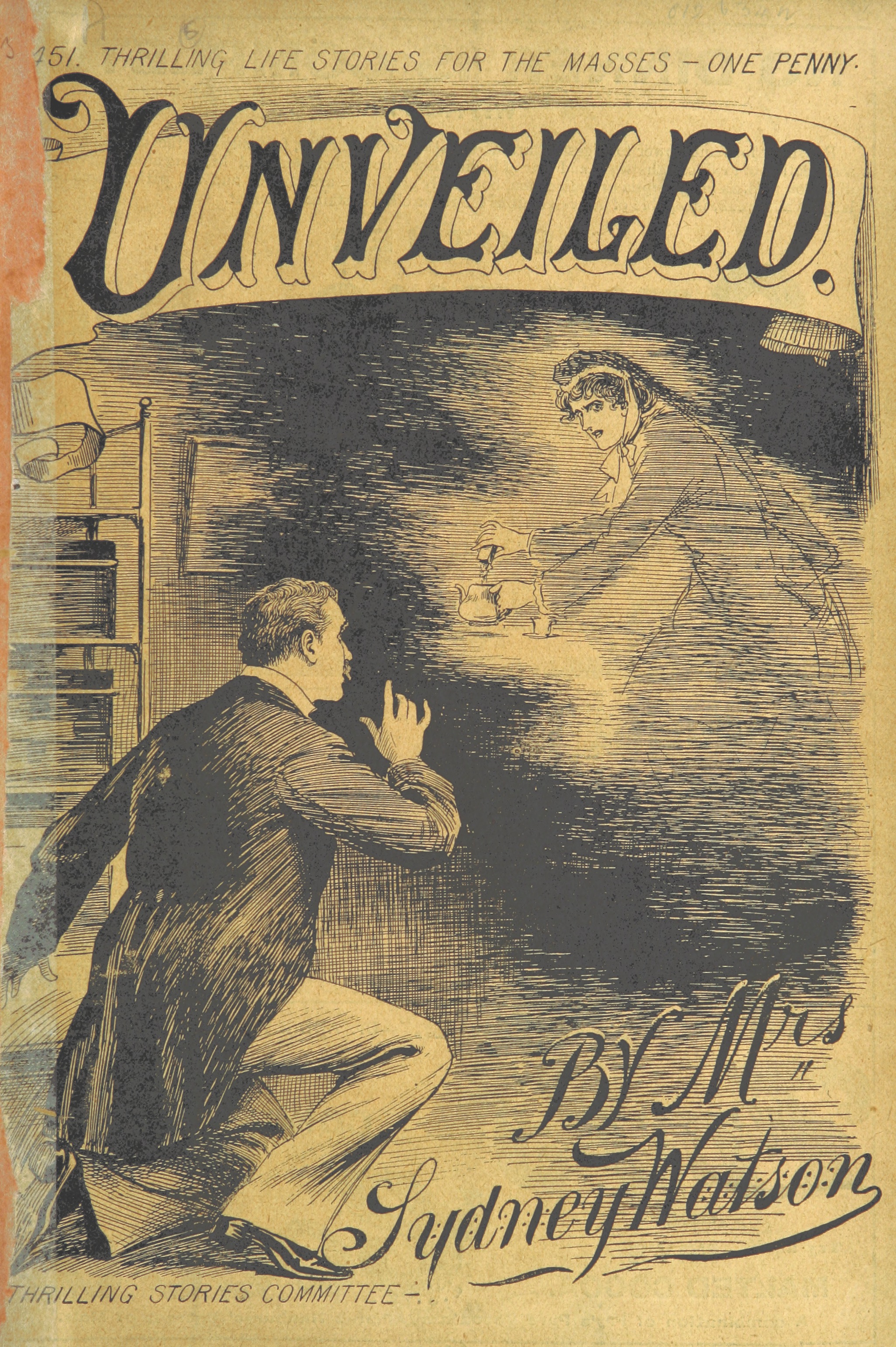 “I am an EVIL GHOST from your PAST and I am going to MAKE YOU SOME TEA.”

(I should put a ghost in this story, actually.)

This is a goofy little side project I’m doing while I’m taking all those polished novels I’ve written over the last 20 years and publishing them. This side project is basically a series of penny dreadful novels revamped for today. I write ’em by readin a bunch of old penny dreadfuls to prime the pump, then I’m off to the races. The writing in these old stories is pretty awful, and the situations are … interesting, so I’m fixing that, AND MAKING IT WORSE. It should be great fun!

Actually these Victorians are so dead serious that I am shaking that up too and setting it all on its head.

Here’s a little bit of a scene I wrote. This is pretty much how this whole series is going to roll.

Constance Bristow received a wire about six o’clock that night, and she opened it.

ARRIVE BY THE 10-15 TO-NIGHT. SEND SOMETHING TO MEET ME. – FENTON FOYLE

“And so it begins,” Constance murmured.

“What?” asked the telegraph boy, who was standing right there.

“I mean, no answer,” she said, and shut the door in his face.

And here was the maid, trying to peek over her shoulder at the telegraph without looking like she was peeking. Constance let her peek without seeming to realize that she was letting her peek, because she was sly like that. “Tell cook that she need not arrange dinner,” she told the maid. “I will have a tea-meal in the breakfast-room about seven. Mr. Foyle will not be home until late to-night.”

Constance had her meal at seven, then spent the rest of her evening setting up evil schemes for fun. At ten o’clock, she heard the rattle of the wheels of the dog-cart heading out to the station to meet … ha ha! Dog-cart!

In a half-hour he arrived, and, to carry out her role of the anxious chaperone, she met him in the hall. Too bad, because as soon as she saw him, she knew he’d been drinking more freely than usual.

His voice was very loud when he said, “Ah, Miss Bristow, you are as anxious as ever!”

She winced slightly, then fortified herself with the thoughts of all her evil schemes that she’d laid out like fresh linen.

Swaying, he took a significant look at all the listening servants, and he added, “It will take … me … HOURS to tell you everyt’ing I’ve been through. And alllllll the things I discovered. I would not …” he swayed a little bit, then put on a very serious look and said, “I would not keep you up, but it is *imperative* that I consult with you to-night that we may take other steps in the monrnningnng.” His tongue got stuck on that word, and he gave up and stumped down the hall, listing to the right as if he were on a ship.

… and so forth. As usual, I am unstructured and unprincipled, so I have no idea when these will hit the stands. Or Amazon. Should be early next year, though, if I don’t get distracted by something shinier. 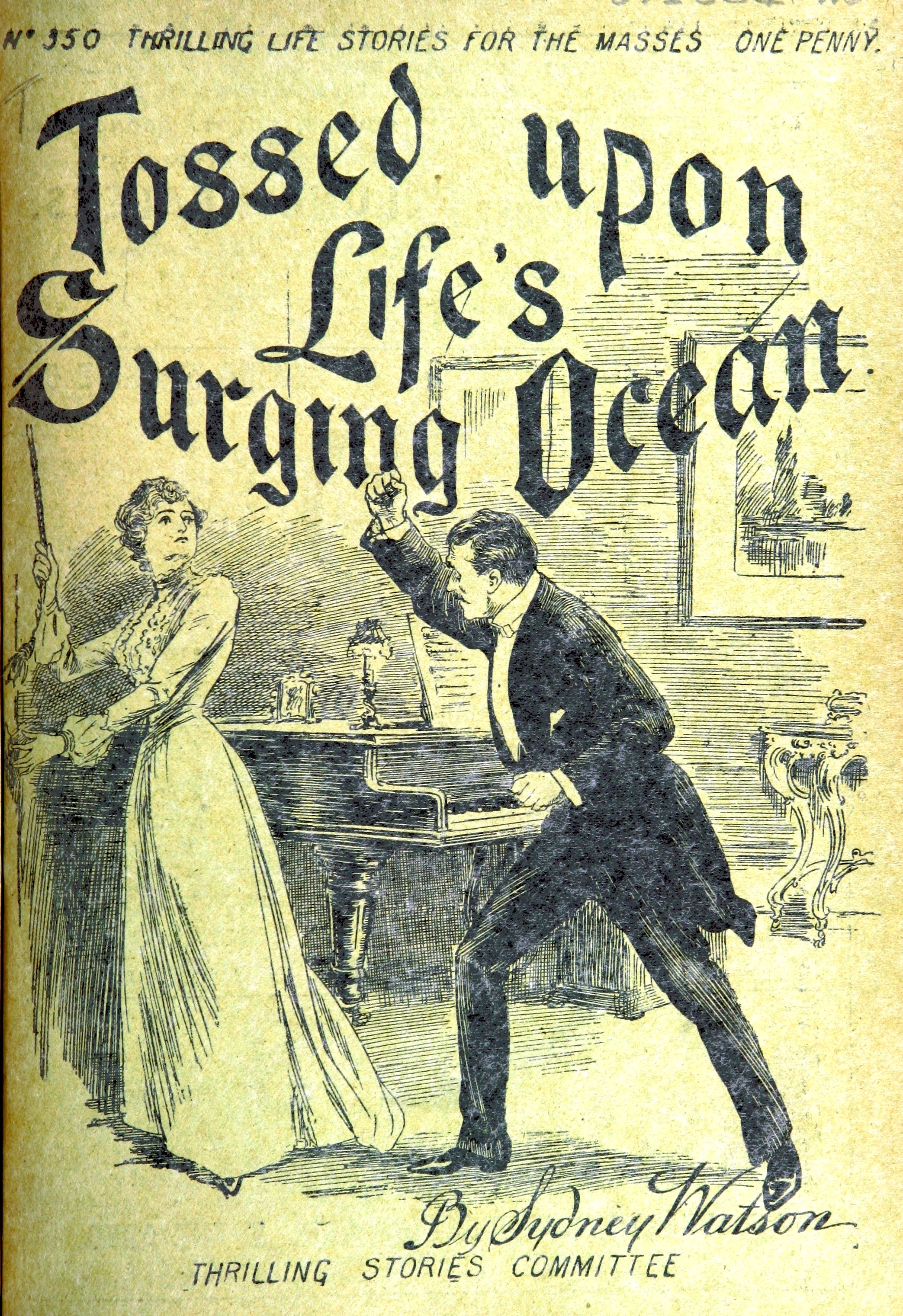 I don’t know what the hell is going on in this one — it looks like she’s trying to open the Venetian blinds while he attempts to interest her in a game of “Rock, Paper, Scissors.”